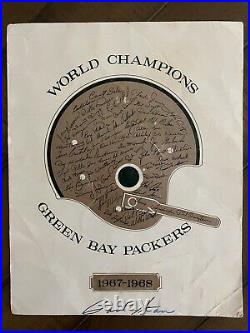 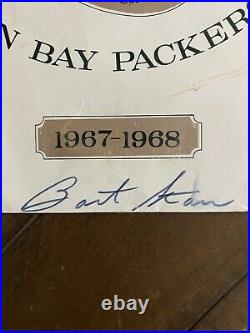 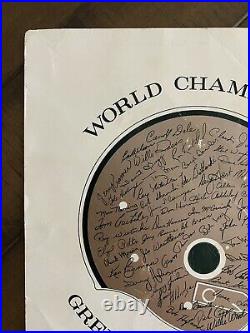 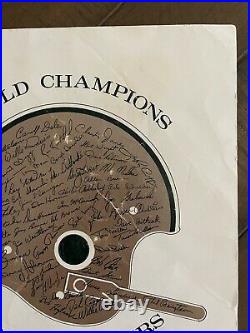 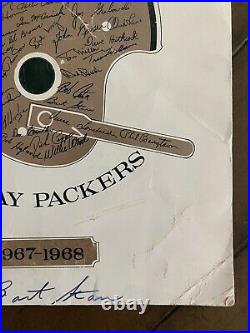 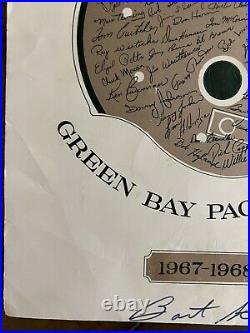 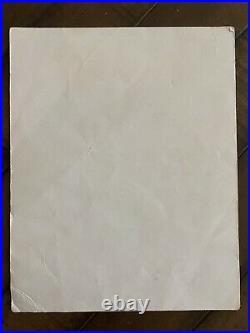 For sale is a vintage Bart Starr signed 1968 Green Bay Packers auto graph on World Champions letterhead with feux pre-printed autographs of the entire team. Close up photos show edge wear and some creases, but no major damage, rips, or tears of any type. The color is very good for a 53 year old paper item with little yellowing This exceptional item was autographed in 1968 after the Packers won the classic Ice Bowl football game.

My grandmother personally received this autograph directly from Bart Starr in Bonduel, Wisconsin where they shared the same bank at the time. The hand signed Bart Starr autograph does have a small visible smear, but thats just how it has always been and I believe it occurred when it was signed. About the Packers 67-68 season: The 1967 Green Bay Packers season was their 49th season overall and their 47th season in the National Football League and resulted in a 941 record and a victory in Super Bowl II. The team beat the Dallas Cowboys in the NFL Championship Game, a game commonly known as the "Ice Bowl, " which marked the second time the Packers had won an NFL-record third consecutive NFL championship, having also done so in 1931 under team founder Curly Lambeau.