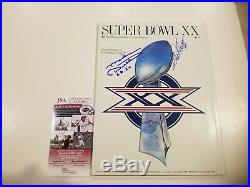 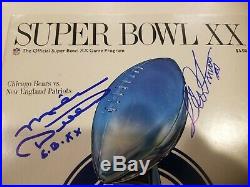 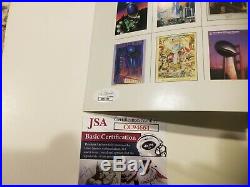 This listing is for an original Super Bowl XX program signed by two Hall of Famers: Defensive End and game MVP, Richard Dent, and Coach Mike Ditka. Each signed in blue Sharpie and added SBXX inscriptions. Please note that this has been authenticated by JSA, so you can rest assured that it is authentic. Both of these signatures were obtained at paid signings through the Chicagoland area. Note that the photos shown in the listing are not stock photos, and depict the actual item being purcased.