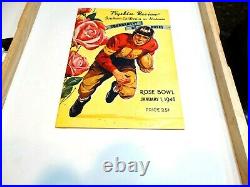 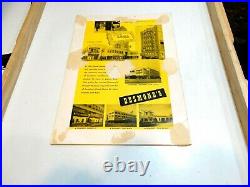 In 1945 it was the Alabama Crimson Tide's 51st overall and 12th season as a member of the Southeastern Conference (SEC). The team was led by head coach Frank Thomas, in his 14th year, and played their home games at Denny Stadium in Tuscaloosa, Legion Field in Birmingham and at the Cramton Bowl in Montgomery.

They finished with a perfect season (10-0 overall, 6-0 in the SEC) and with a victory in the Rose Bowl over USC. This team was the second season of the "War Babies" as coined by head coach Thomas.

The Crimson Tide opened the season on the road with a victory over Keesler AAF after Jackson Army Air Base canceled their game at Denny Stadium. Alabama then defeated LSU in Baton Rouge before their first home win of the season at the Cramton Bowl over South Carolina.

After victories over both Tennessee and Georgia at Legion Field, the Crimson Tide routed both Kentucky and Vanderbilt on the road to extend their record to 7-0. They then closed the season with a pair of games at Denny Stadium where they defeated the Pensacola NAS and Mississippi State to complete an undefeated regular season. One month later, Alabama won the Rose Bowl over USC to finish the season undefeated.

The Trojans compiled a 7-4 record (5-1 against conference opponents), won the Pacific Coast Conference championship, and outscored their opponents by a combined total of 205 to 150. The 1946 Rose Bowl was the 32nd edition of the college football bowl game, played at the Rose Bowl in Pasadena, California, on Tuesday, January 1.

The game matched the undefeated Crimson Tide of the University of Alabama of the SEC and the #7 Trojans of the University of Southern California of the Pacific Coast Conference (PCC). The Tide defeated the underdog Trojans 34-14. It was Alabamas sixth and final trip to the Rose Bowl until their College Football Playoff semifinal appearance in 2021 and Frank Thomas' final bowl trip as head coach.