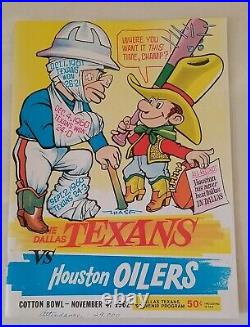 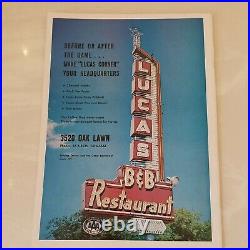 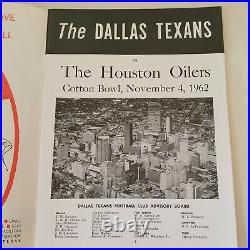 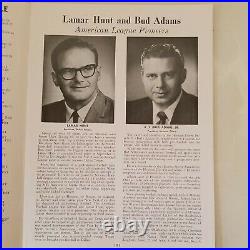 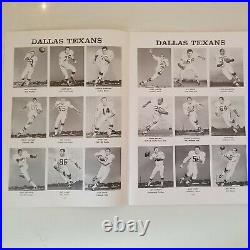 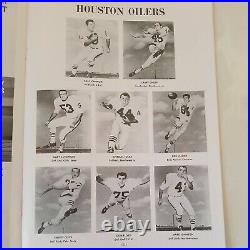 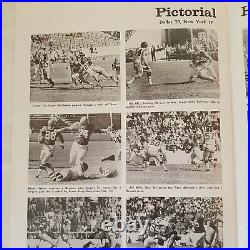 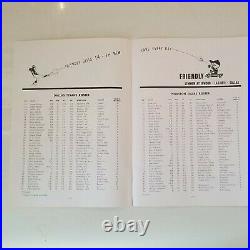 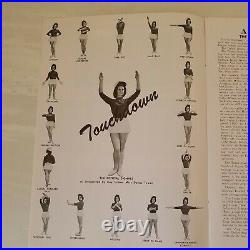 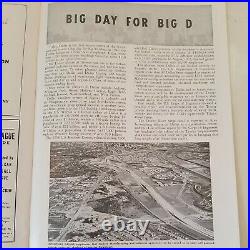 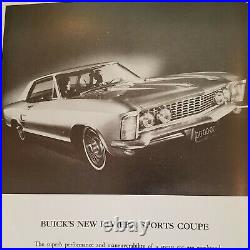 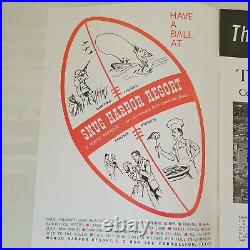 From week of November 4, 1962. Nice solid program with minor foxing (see pics). Yep, this is the team owned by Lamar Hunt that became the Kansas City Chiefs! The Texans shared the Cotton Bowl with the NFL's Dallas Cowboys for three seasons.

The Texans were to have exclusive access to the stadium until the NFL put an expansion team, the Dallas Cowboys, there. While the team averaged a league-best 24,500 at the Cotton Bowl, the Texans gained less attention due to the AFL's relatively lower profile compared to the NFL. In the franchise's first two seasons, the team managed only an 86 and 68 record, respectively. In their third season, the Texans strolled to an 113 record and a berth in the team's first American Football League Championship Game, against the Houston Oilers. The game was broadcast nationally on ABC and the Texans defeated the Oilers 2017 in double overtime.