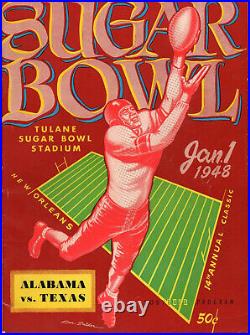 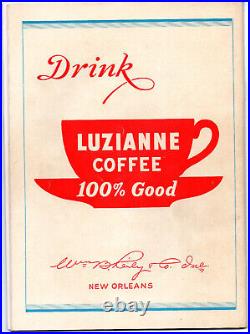 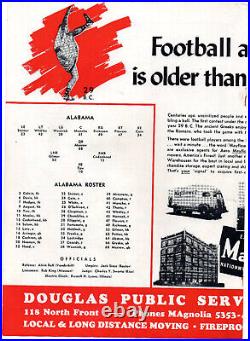 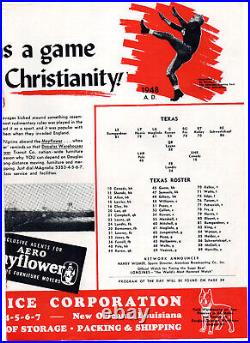 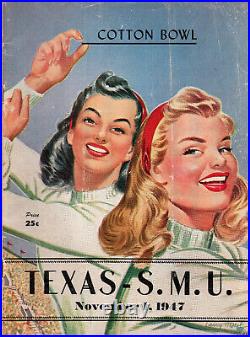 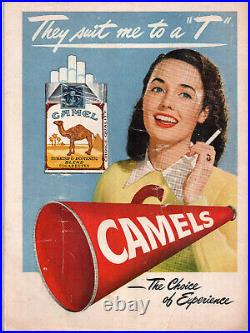 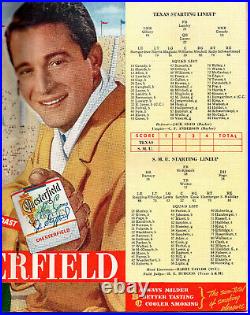 Original 1948 Sugar Bowl and Nov. 1, 1947 Texas-SMU football programs being offered as a pair. In addition to condition descriptions noted above, programs have no writing, marks, or tears. Both have all pages present in their original off-white condition.

1948 program-staples have rust put fully present; roster page is detatched but fully present. 1947-Staples fully present with slight bit of light rust. Both programs are loaded with photos of players and advertisements from local businesses of that era: 1947-Dallas and 1948-New Orleans. The 1947 program is a particularly difficult piece to obtain.

Games particulars are as follows. 1948 Sugar Bowl: In his last college game, Bobby Layne led Texas to a 27-7 win over Alabama before 73,000 fans, and was named the Sugar Bowl M. Texas finished the season 10-1. Their only loss was in the SMU game two months earlier, 14-13. 1947 Texas-SMU: The game featured two of the greatest players in the history of Texas football-Bobby Layne and Doak Walker. It's hard to believe that these two greats were co-captains, in the same backfield, at the same high school, and at the same time. They played for Highland Park High School (just north of Dallas) in 1943. Bobby Layne was a senior and Doak Walker was a sophomore. The 1947 Texas-SMU game was the only time that these two greats played against each other in college. As in high school, Bobby Layne was a senior and Doak Walker a sophomore. Texas came into the game (6-0) ranked # 3 in the nation with SMU (5-0) ranked # 8. This item is in the category "Sports Mem, Cards & Fan Shop\Vintage Sports Memorabilia\Publications\Programs\Other Vintage Sports Programs". The seller is "blackdog29" and is located in this country: US. This item can be shipped to United States.